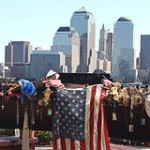 As we approach the tenth anniversary of the 9/11 attacks, DHS (the Department of Homeland Security) is increasing their focus on utilities and chemical facilities which may become targets for terrorist activities.  In a recent ABC news release DHS Press Secretary Matt Chandler is quoted as saying While DHS has no specific, credible intelligence of an imminent threat posed to the private sector utilities, several recent incidents highlight the on-going threat to infrastructure in the utility sectors from insiders and outsiders seeking facility-specific information that might be exploited in an attack. Click here to view the complete Department of Homeland Security Office of Intelligence and Analysis note regarding: Insider Threat to Utilities.

With many Emilcott public and private sector clients involved in the manufacture and/or processing of chemicals, we are often called in to assist with regulatory submissions detailing chemical usage, storage, import and export.  Since 9/11, this reporting has grown to include not just environmental and human health hazards but also those that could present a potential risk to our national security. In October 2010, we addressed this new chemical reporting requirement in  EHSWire post Homeland Security and Chemicals of Interest.  Starting in the latter half of 2010, the Department of Homeland Security (DHS) reviewed various databases maintained by regulatory agencies such as the Environmental Protection Agency, to help them identify facilities that may need to comply with the DHS Chemical Facility Anti-Terrorism Standard (CFATS).  Compliance with CFATS requires completing and submitting a Top Screen analysis to the DHS.  If a facility is listed in another database for storing using chemicals of interest and had not submitted a Top Screen analysis, the DHS sent the facility a letter with the option to complete the Top Screen within 90 days or to write a letter to DHS certifying that the CFATS requirements do not apply to the facility.

Have you completed your Top Screen?  Did you make any changes to your facility or operations to reduce your Tier level if you were assigned to Tier 1, Tier 2 or Tier 3? Do you have any concerns about the tenth anniversary and your facility?
END_OF_DOCUMENT_TOKEN_TO_BE_REPLACED
0 Comments Click here to read/write comments