Homeland Security and Your Chemicals of Interest 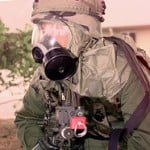 Has your facility received a phone call from the Department of Homeland Security (DHS) asking you to provide information on the chemicals that you use and what measures you have in place to ensure that those chemicals do not fall into the wrong hands?  If so, you are not alone.  (If not, read on to be prepared!) The DHS is currently reviewing other government databases to determine what facilities in the United States are using chemicals of interest.

Prior to September 11, 2001 our nation concentrated on nuclear bombs and chemical/biological warfare as potential weapons of mass destruction that could be used against us.  On September 11, 2001 we watched as two jet airplanes were flown into the World Trade Center causing the deaths of more than 3,000 people.  Rewind the clock back to February 26, 1993.  Most of us remember the first bombing of the World Trade Center when nitroglycerin, ammonium nitrate, and smokeless powder were mixed together to create the bomb.  These are just two examples of the use of common industrial chemicals to create weapons of mass destruction.

In response to the growing awareness that chemical manufacturing facilities (as well as other facilities that store certain chemicals) may be potential targets for attack or theft by individuals wishing to use the chemicals in terrorist acts, the U.S. Department of Homeland Security (DHS) passed the Chemical Facility Anti-Terrorism Standards (CFATS) on April 9, 2007. On November 20, 2007, DHS published Appendix A to CFATS providing a list of chemicals known as Chemicals of Interest (COI) and their threshold quantities.

The CFATS require all facilities that manufacture, use, store, or distribute chemicals above the threshold quantities listed in Appendix A to complete a screening process known as the  Top Screen within 60 days.  The Top Screen is used by the DHS to assign the facility to one of four risk-based tier levels ranging from Tier 1 (high) to Tier 4 (low).  The DHS will notify the facility of the need to complete and submit a Security Vulnerability Assessment (SVA) and a Site Security Plan (SSP).

The DHS reviews the databases maintained by agencies such as the U.S. Environmental Protection Agency (EPA) to determine if there are other facilities that may be required to submit a Top Screen.  Facilities that have not submitted a Top Screen may be notified by the DHS.  The facility will then be required to complete the Top Screen or notify the DHS in writing that the CFATS do not apply to their facility.

If you are a chemical manufacturer or perhaps just a user of qualifying amounts of chemicals, have you heard from the Department of Homeland Security? What did you think when you did hear from them?  If you havent even heard of CFATS, are you going to do anything to be prepared?
END_OF_DOCUMENT_TOKEN_TO_BE_REPLACED
0 Comments Click here to read/write comments