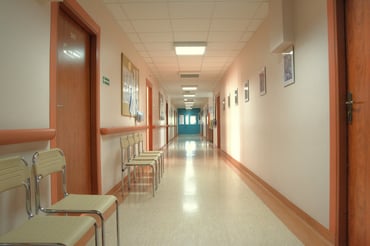 The Ebola virus can live on surfaces in hospitals for almost two weeks, a brand new study indicates. Researchers examined how long the Ebola virus could survive on plastic, stainless steel and Tyvek, a material used in the personal protective suits used for Ebola. In general, the virus survived on surfaces for a longer time when in the climate-controlled conditions rather than in the West African surroundings, the study found. The longest the virus managed to survive in the tropical states of the West African environment was three days, on Tyvek.

"Given the unprecedented [amount] of healthcare professionals who became infected with Ebola virus during the outbreak, we're trying to elucidate all potential routes of transmission and possibility for determination of the virus," said study researcher Vincent Munster, chief of the Virus Ecology Unit at the National Institute of Allergy and Infectious Diseases' Rocky Mountain Laboratories in Hamilton, Montana.

"We found that [the Ebola virus] can persist on surfaces" in hospitals, so it is very important that workers follow protocols for thoroughly disinfecting and removing protective equipment when leaving an Ebola treatment component, the researchers wrote in their study. The higher heat and humidity of the tropical conditions may be damaging to the virus, but the researchers still have to analyze whether it is the temperature, the humidity or a mix of the two that is the reason for the virus to degrade more rapidly, Munster said.

The study also found that the Ebola virus could survive in water for up to six days. The potential for the virus to be spread through wastewater remains unknown, but the new finding "justifies further investigation into the continuity of the virus in aqueous environments, such as in wastewater or sewage canals," the researchers said.

Eventually, the study found the virus could live in dried blood for up to five days, and in liquid blood (outside the body) for as long as 14 days. The study shows that, in a blood sample from an Ebola patient, "the virus would remain feasible for a very long time, Munster said. "Proper measures should be taken to safely dispose of these samples," he added.

The researchers noted that their experiment states were clean, but in "real world" settings, contaminants, including substances and bacteria, on surfaces could influence how long the Ebola virus lives.