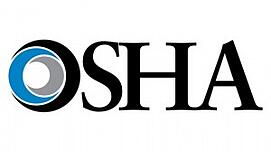 On November 7, OSHA issued a news release regarding a proposed rule to improve workplace safety and health through improved tracking of workplace injuries and illnesses. The rule was developed after a progression of informational meetings held in 2010 regarding the plausibility of electronic submission of establishment-specific injury and illness data. The proposed rule would amend current recordkeeping regulations adding requirements for the electronic submission of injury and illness information under existing standards, Part 1904.

The news release follows the Bureau of Labor Statistics' annual Occupational Injuries and Illnesses Report, which estimates that three million workers were injured on the job in 2012.  "Three million injuries are three million too many," said Assistant Secretary of Labor for Occupational Safety and Health Dr. David Michaels. "With the changes being proposed in this rule, employers, employees, the government and researchers will have better access to data that will encourage earlier abatement of hazards and result in improved programs to reduce workplace hazards and prevent injuries, illnesses and fatalities. The proposal does not add any new requirement to keep records; it only modifies an employer's obligation to transmit these records to OSHA."

The first proposed new requirement is for establishments with more than 250 employees (and who are already required to keep records) to electronically submit the records on a quarterly basis to OSHA.  OSHA is also proposing that establishments with 20 or more employees—in those industries with high injury and illness rates—be required to submit electronically their summary of work-related injuries and illnesses to OSHA once a year.

Currently, many such firms report this information to OSHA under OSHA's Data Initiative. The ODI was established in 1995 to collect data on injuries and acute illnesses attributable to work-related activities in private-sector industries from approximately 80,000 establishments in selected high‑hazard industries. OSHA uses these data to calculate establishment-specific injury/illness rates, and in combination with other data sources, to target enforcement and compliance assistance activities.

Encouraged by the Obama Administration’s Open Government Initiative, OSHA plans to eventually post the injury and illness data online. The over-arching concept is not to pry or give more reporting work to employers, but to utilize timely, establishment-specific injury and illness data to help OSHA target its compliance assistance and enforcement resources more effectively—presumably by identifying workplaces where workers are at greater risk. This will also enable employers to compare their injury rates with others in the same industry.

Under the OSHA Recordkeeping regulation (29 CFR 1904), employers are required to prepare and maintain records of serious occupational injuries and illnesses. Employers with more than ten employees and whose establishments are not classified as a partially exempt industry must record work-related injuries and illnesses using OSHA Forms 300, 300A and 301. If you have questions regarding your facility’s Recordkeeping requirements, please contact us.