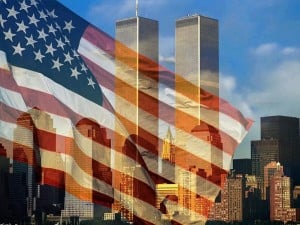 Thousands of 9/11 responders, police officers, firefighters, students, and residents of downtown New York City will now be covered under the $4.3 billion Zadroga Act, which formerly denied any cancer coverage.  The medical fund is named for New York City Police officer James Zadroga, who was the first NYPD officer whose death was attributed to exposure to his contact with toxic chemicals at the site of the attacks. Those in contact with the toxic dust have sought for years to have their cancers acknowledged and treatments covered by the fund.  The government denied any connection between exposure to 9/11 toxins and an increased risk of cancer.

On June 8 th, NIOSH (the National Institute for Occupational Safety and Health) stated that those workers, residents, and student who contracted cancer due to the toxic dust on 9/11 are now considered eligible for free medical treatment for cancers including those affecting respiratory and digestive systems, and other cancers including breast, ovarian, eye, oral, urinary tract cancers, and mesothelioma, melanomas, and lymphomas.

The list of ailments now includes 14 broad categories of cancer and 50 specific types, all of which were formally denied because federal officials stated that scientific evidence showed no link between exposure to 9/11 toxins and disease. First responders have consistently argued that the real reason for denial of coverage is because of cost to the federal government.

NIOSH based its revised decision on recommendations by an expert medical advisory panel who offered their opinions in March 2011. The panel further advised, however, against coverage for brain, pancreatic, and prostate cancer, stating there is not enough evidence to connect them to fall-out from 9/11.

Included in this ruling is the right of cancer sufferers to file claims with the Federal Victim Compensation Fund, which offers compensation to first responders and residents of downtown New York City, as well as students and workers for their out-of-pocket medical treatments, lost wages, and pain and suffering.
END_OF_DOCUMENT_TOKEN_TO_BE_REPLACED
0 Comments Click here to read/write comments