OSHA Issues Final Rule and Notice Regarding Cranes and Derricks 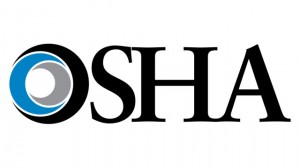 On August 17, 2012 OSHA (Occupational Safety and Health Administration) issued a direct final rule and notice of proposed rulemaking regarding cranes and derricks. The final rule serves to protect workers from dangers commonly found with hoisting equipment in construction. It applies the requirements of the 2010 standard for cranes and derricks, which are standardly used in demolition and underground construction of shafts and sub-shafts, among other structures. Rules already in place for underground construction and demolition by other construction sectors are the guiding force behind this final rule, and several errors in the 2010 rulemaking are now corrected, to make it easier to understand and employ by employers and workers.

Interested parties may use this link: http://www.regulations.gov to register comments via the Internet. Comments may also be sent by FAX or mail; details can be found at the Federal Register.  All comments must be submitted by September 17, 2012.

OSHAs official mandate is that it ensures safe working conditions for employees by regulating and enforcing consistent standards, and providing training, education and assistance. You can learn more about OHSA and see the official notice regarding final rule and notice of proposed rulemaking at their website: http://www.osha.gov.
END_OF_DOCUMENT_TOKEN_TO_BE_REPLACED
0 Comments Click here to read/write comments